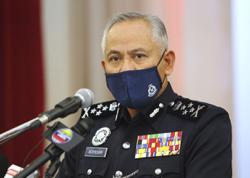 Hamzah said such people should not be in the Royal Malaysia Police (PDRM), which have been entrusted to ensure that the public adheres to the standard operating procedures (SOP) under the National Recovery Plan (NRP).

"I have informed the IGP (Acryl Sani) that stern action must be taken against staff like these, they have violated the trust given to them, to me they should not be in the police force.

"The SOPs apply not only to members of the public, but also all levels of society. That is why we see that several ministers have been issued compound notices," he said after monitoring SOP compliance around Bukit Kiara and Sungai Buloh here Friday (July 23).

Four cops including a station chief with the rank of sub-inspector were detained along with four women while allegedly partying in a room when the police station was raided at 6pm on Tuesday.

During the raid, the police also seized several bottles believed to contain ketum juice and liquor, loud speakers, microphones among others.

All the policemen are pulled out of active duty pending investigation. - Bernama 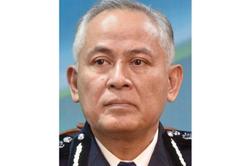