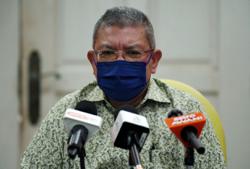 The Communications and Multimedia Minister said all the government agencies have been working very well together but they have to take cognisance of the fact that they have to constantly improve their strength.

As such, he said that was why the command centre has been formalised so that it can enhance the cybersecurity system in the country.

Saifuddin noted that the secretariat would be the National Security Council.

“We already have all this in place but I think we have agreed to streamline everything to have an enhanced command centre in which the secretariat is at the National Security Council.

“We have been looking at cybersecurity on a daily basis; monitoring issues, and prospective attacks within and from outside the country.