ALOR GAJAH: Due to a Covid-19 outbreak, the Kuala Sungai Baru police station will be closed until July 26.

OCPD Supt Arshad Abu said the decision to close from Saturday was made after several personnel tested positive for the virus.

“All personnel will be placed under quarantine immediately.

“The station will only reopen if recommended by the health authorities,” he said.

The police station is located near the Negri Sembilan-Melaka border.

Supt Arshad said those who wish to apply for interstate or interdistrict travel should visit the Lubuk China or Masjid Tanah police stations.

He said crime prevention patrols in areas under Kuala Sungai Baru will continue as usual with reinforcement from nearby police stations. 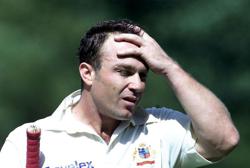