Movement controls eased, Selangor back to Phase One of NRP

“The NSC special meeting decided not to extend the enhanced MCO at all sub-districts involved,” he said in a statement earlier yesterday.

With the enhanced MCO being lifted, it appears Selangor is back to Phase One of the National Recovery Plan (NRP).

Under Phase One, interstate and inter-district travel is still prohibited and children below the age of 12 are not allowed in public areas except during an emergency, for medical purposes, education or to exercise. 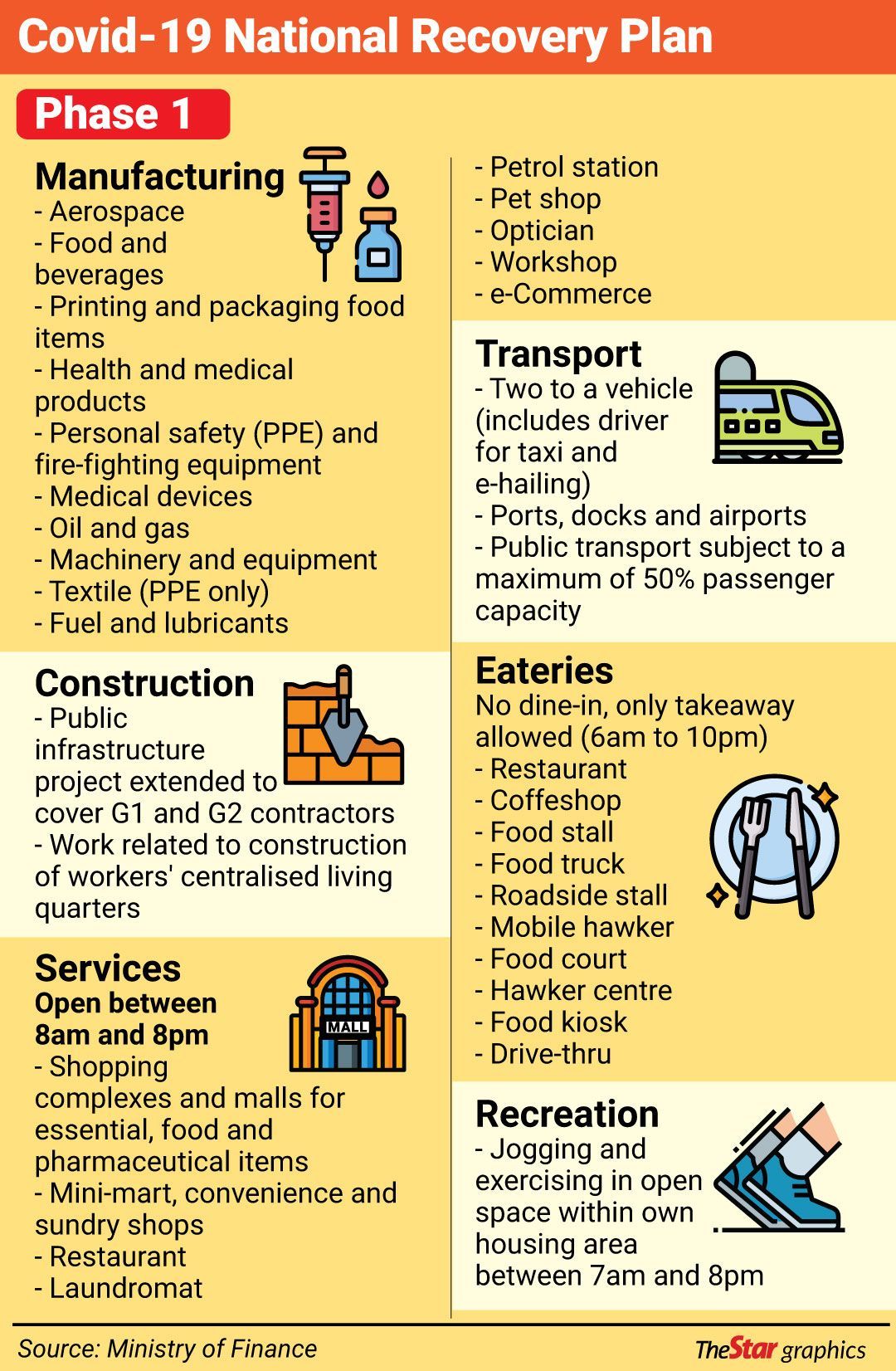 Only two people from each household can leave the house to buy basic essentials within a 10km radius. Under the enhanced MCO, only one person was allowed to leave the house.

Restaurants are also now allowed to operate from 6am to 10pm but dine-in is still not allowed.

Those in areas under Phase One can also leave their houses to exercise within the neighbourhood between 7am and 8pm but contact sports are strictly not allowed and gymnasiums remain closed.

“For Taman Desaria in Seremban, Negri Sembilan, the enhanced MCO will end on Sunday,” he added.

However, the enhanced MCO at two localities in Sabah – Kampung Siasai Dundau in Kota Belud and Kampung Naruntung in Pitas – will be extended until July 31.

Ismail Sabri also announced that 13 localities in Kuantan, Pahang were among the localities that would be under an enhanced MCO from tomorrow to July 31.

The other areas are in Selangor, Sabah and Sarawak.

Ismail Sabri said the decision to impose an enhanced MCO at these localities was based on a risk assessment and infection trend conducted by the Health Ministry.

On the enforcement front, 65 factories, business premises and construction sites were ordered to close for violating Covid-19 standard operating procedures on Thursday.

“We have stepped up enforcement, especially at factories and business premises.

“The government will not compromise on taking action against those who fail to adhere to the SOP.

“If any premises are still stubborn, we will order the premises to close,” he said.

Ismail Sabri said compound notices were issued to 404 individuals while 12 others were remanded.

On Ops Benteng, 57 undocumented immigrants were detained while nine landed vehicles were seized on Thursday, he said.

Ismail Sabri also announced that 673 individuals returned to Malaysia on Thursday and were placed under mandatory quarantine.

“Cumulatively, 249,548 individuals have returned to the country since July 24 last year.

“Of these, 8,988 individuals are still undergoing quarantine, 237,289 have been discharged and 3,271 have been sent to hospitals for treatment,” he said.

‘Let us open our doors to the vaccinated’