KUALA LUMPUR (Bernama): An in-depth investigation is still being conducted with Boeing Satellite Systems (BSS) to determine the root cause of the anomaly detected on the Measat-3 satellite, says MEASAT Global Berhad (Measat).

In a statement today, Measat said it had maintained continuous telemetry and command control of the satellite since the anomaly was reported on June 21.

It said the Combined Space Operations Centre (CSpOC) via Space-Track was also helping to track the Measat-3 satellite and all transponders on the satellite have been deactivated to prevent interference with other satellites.

"CSpOC will help in tracking the Measat-3 satellite and notify other operators of the satellite’s orbital location, while the full investigation is being conducted by Measat and BSS,” read the statement.

Measat added that almost all customer services on the satellite have been restored onto backup satellite capacity on other co-located Measat satellites and third-party satellites serving the region. - Bernama 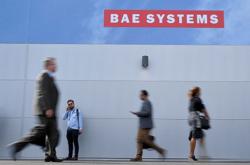