Suspect lodges false police report, claiming he was robbed of RM63,000 in JB JOHOR BARU: A restaurant owner lodged a false police report, claiming he had been robbed of RM63,000 rather than paying back the money he owed to his friend.

Johor Baru North OCPD Asst Comm Rupiah Abd Wahid said the 23-year-old male lodged a report on Tuesday (July 13) at around 12.15pm, claiming he had been a victim of robbery.

“In his report, he alleged that two men on a motorcycle approached him while he was walking along Jalan Pahlawan 1 at Taman Ungku Tun Aminah here.

“In the incident, he claimed that one of the suspects pointed a knife at his neck and took cash and other valuable items belonging to him,” she said here on Wednesday (July 14).

ACP Rupiah said the man alleged that he lost some cash amounting to RM63,000 belonging to his company and several personal items, including a black-coloured Louis Vuitton brand bag.

She added that investigations on the man’s claim, however, proved otherwise as the robbery incident never took place and the man was subsequently arrested for making a false report.

“The man gave an excuse saying he lodged a false report as he could not pay back the money he owed his friend amounting to RM60,000 on time,” she said, adding that the suspect was currently under remand for two days to help with the investigation.

ACP Rupiah also said police were able to recover and seize some of the items the man claimed to be stolen, including the bag, a gold ring, three ATM cards, and a mobile phone, which were found to be under his possession.

She added that the case was being investigated under Section 182 of the Penal Code and she urged the public not to lodge a false police report, as it is an offence. 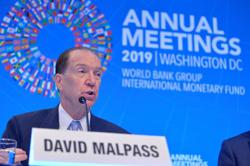