INTERACTIVE: How fake news about Covid-19 has shifted, and what to look out for

PETALING JAYA: In August last year, a message circulated on social media saying that the infrared thermometers being widely used to scan people when entering premises were causing brain injuries.

More recently, in May this year, a two-minute and 48-second audio clip surfaced, containing a claim by an unidentified person who warned that Covid-19 vaccines were poisonous and had led to the deaths of 40 nurses who took their shots.

These are just two examples from among 550 widely shared fake news items about Covid-19 that the authorities have had to tackle since the start of the pandemic last year, according to an analysis by The Star.

We looked at the number of items and types of false or misleading information singled out and debunked or clarified on fact-checking portal Sebenarnya.my, as well as on the Health Ministry’s social media platforms

The Star’s analysis covered an 18-month period from January last year to June this year.

Of the 550 items singled out by the authorities, 70% (405) surfaced between January and June last year.

This year, the number of Covid-19 fake news items tackled by the authorities fell by 82% to 72 from January to June.

Amid the fall comes a change in the type of misinformation being circulated.

The bulk of fake news in the first half of last year contained claims about the spread of Covid-19 cases at certain locations or on the enforcement of standard operating procedures (SOPs) or the various types of movement control order.

This was during the period when the outbreak first hit the country and the first MCO was imposed from March 18 to June 7, 2020.

This year, much of the fake news being spread on WhatsApp and social media has zeroed in on Covid-19 vaccines.

These include some outlandish claims – for example, that eating durian shortly before or after getting vaccinated will cause death.

The Malaysian Communications and Multimedia Commission (MCMC), the developer of Sebenarnya.my, said the portal was built as a single reference point for the public to verify news that has a socioeconomic impact and affects security of the country.

Launched in March 2017, the portal gathers information regarding fake news or information through public tip-offs and collaboration with other ministries.

RELATED > True or Not: Fighting the fake news free-for-all

The MCMC said the portal focuses on news topics or issues that affect public or national interests.

“The authenticity of the news can be verified or have been verified by official channels or government agencies, based on their role, jurisdiction, and subject matter expertise.

“Sebenarnya.my does not cover matters relating to individuals. Its scope is to ensure that government policies impacted by fake news has a quick response by the respective agencies and collated under a single reference platform for the public, ” it said.

MCMC added that the public can channel any suspicious or unverified news to be verified through the portal’s ‘SALURKAN KEPADA KAMI’ (Channel to Us) section (https://sebenarnya.my/salur/).

“From the tip-offs, our team will then forward and refer the unverified news to the respective agencies to verify its accuracy, and for them to provide a rebuttal should the news are verified as false news, ” it said.

The MCMC also said the various ministries had a structured collaboration and were proactive in detecting and monitoring the spread of viral fake news or information involving matters within their scope and functions.

“They will issue official statements explaining or refuting any false or misleading news involving their respective agencies and ministries. In turn, the statements are then uploaded onto Sebenarnya.my, ” it said. 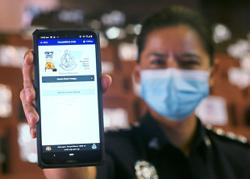