Slow and steady: A once bustling Armenian Street is void of tourists, but Penang is hoping for a return to normalcy soon. — K.T.GOH/The Star

GEORGE TOWN: Although most of the George Town Heritage Day celebrations were cancelled due to the Covid-19 pandemic, an electrical shop here decided to mark the special occasion by having a month-long promotion.

Ban Hin Bee general manager Wilson Yeoh, 45, said as one of the longest “surviving” and oldest electrical shops in Penang, George Town World Heritage Day is regarded as a significant celebration for his company.

“We are a 60-year-old company. Our first shop opened in 1961 as a bicycle shop before it was converted into an electrical shop.

“We now have six outlets on the island and one on the mainland in Bukit Mertajam,” he said.

Yeoh expressed happiness that electrical shops in Penang were allowed to operate under Phase Two of the National Recovery Plan (NRP).

“I’m relieved that our retail outlets are able to re-open again after being closed for more than a month,” he said.

Penang entered the second phase of the NRP yesterday.

Malaysia Furniture Council vicepresident Datuk Cha Hoo Peng said he was happy that the furniture industry was allowed to reopen during Phase Two of the NRP.

“We are thankful to the government, but we hope that it will also allow local furniture shops to operate again. For now, we are only allowed to export furniture,” he added.

He said the local sales of furniture is around RM5bil per annum and exports were RM12.6bil last year.

“We hope that the International Trade and Industry Ministry can speed up its approval procedure so that furniture exporters can start operations soon,” he said.

Cha, who is also the honorary consul-general of Fiji in Penang, said there were a handful of Fiji citizens residing in Penang.

“Besides the job opportunities, Fijians are amazed by the unique and diverse cultures in George Town.

“It’s a shame that due to the pandemic, Fijians here are unable to participate in interesting activities in conjunction with the George Town World Heritage Day celebrations as in previous years,” he added.

The second phase of the NRP allows the opening of a major part of the retail sector, which is a substantial contributor to Penang’s gross domestic product.

Besides the car wash business, others allowed to open include computer and telecommunications outlets, bookshops and stationery shops, electrical shops and barbershops (basic services only).

Farmers’ markets and morning markets will be allowed to operate from 7am to 11am, but are limited to selling vegetables, fruits, groceries, processed chicken, seafood and meat.

All individual sports and recreation activities that do not involve physical contact are also allowed. 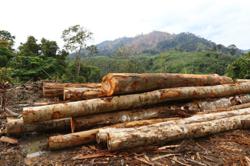