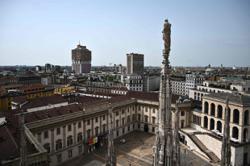 PETALING JAYA: As infighting in PKR Youth grows, a group of PKR Youth division leaders in Melaka has joined in calls for an emergency general meeting (EGM), citing loss of confidence in Youth chief Akmal Nasrullah Mohd Nasir (pic), who recently led an organisational reshuffle that saw the removal of several party leaders in Selangor and Perlis.

In the joint statement on Friday (July 2), the six criticised Akmal's leadership as weak and ineffective at the federal level, thus causing the youth wing leadership in Melaka to be adversely affected.

"The failure of the Melaka Youth chief Prasant Kumar Brakasam to unite members in the state and division after the party polls and, after the 'Sheraton Move', showed his incompetence in leading a state youth wing," the statement read.

The "Sheraton Move" refers to a week-long political crisis in March last year that saw the eventual collapse of Pakatan Harapan government after 22-months in administration, replaced by Perikatan Nasional led by Tan Sri Muhyiddin Yassin.

At the same time, the six also criticised the current Melaka PKR Youth chief, accusing him of playing politics with Akmal, rather than doing groundwork with the party grassroots.

"Until now, the Melaka PKR Youth wing seems as though it does not have a clear direction and it is disorganised," they added.

While declaring a loss of confidence in Prasant as state youth chief, the six also said they had lost confidence in Akmal as head of PKR Youth.

"We demand that a PKR Youth EGM be held immediately to elect a new chief in order to ensure stability in the youth wing as well as to strengthen the party," the statement read.

Calls for an EGM were also made earlier Friday (July 2) by three PKR Youth wing leaders in Negri Sembilan, who said they had also lost confidence in the leadership of Akmal.

On Wednesday (June 30), a group of axed PKR Youth leaders called for an EGM of the wing, citing their loss of confidence in Akmal's leadership.

They claimed he had failed to carry out his responsibilities wisely as PKR's Angkatan Muda Keadilan (Youth wing) chief.

They also claimed that as many as 110 out of 137 Youth division chiefs had lost confidence in Akmal's leadership.

On April 28, PKR Youth explained that the decision to terminate the six came about following a special motion approved in a recent party congress to better prepare for the 15th General Election. 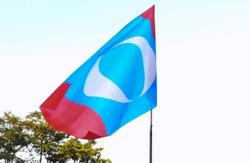