KUALA LUMPUR: A businesswoman is expected to be charged on Tuesday (June 29) for structuring fund deposits into her business bank account to evade detection by the bank.

Structuring a transaction or better known as smurfing is a technique used by financial criminals to deposit or withdraw cash obtained from illegal activities.

This is the first such case to be brought to court in the country.

Sources told The Star that the businesswoman, in her 50s, would be brought to the Kuala Lumpur Court Complex.

Graft busters have been investigating her on the suspicion of trying to evade detection by the bank which is required to report the deposit or withdrawal of more than RM50,000 daily by a customer to Bank Negara Malaysia.

"From January to May 2018, the suspect is believed to have instructed an individual to deposit funds into her business account in multiple transactions, so that it did not exceed RM50,000.

"More than RM230,000 were deposited into the business account via several transactions.

"The bank involved did not report the Cash Threshold Report (CTR) to Bank Negara as the transactions were conducted several times and each transaction did not exceed the permitted limit," said the sources on Monday (June 28).

CTR is a mechanism used by Bank Negara to monitor any cash transaction, be it deposit or withdrawal, conducted by any individual at a bank.

"Structuring a transaction or better known as smurfing is a technique used by financial criminals to deposit or withdraw cash obtained from illegal activities.

"It is an offence that can be charged under Section 4(1) of the Anti-Money Laundering, Anti-Terrorism Financing and Proceeds of Unlawful Activities Act 2001 (AMLATFPUAA)," added the sources. 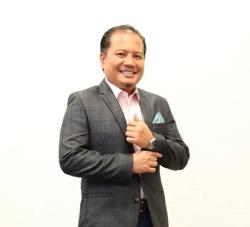