By ARNOLD LOH and IMRAN HILMY

GEORGE TOWN: Every evening, tens of thousands of Malaysians in Penang, Melaka and Pahang will be able to access a special Covid-19 update from their respective state health departments.

In these daily updates, they will learn where new cases are reported, right down to the name of the street, village or building.

A check showed that nationwide, only the state Health Department in these states provides such details on where cases are flaring up.

In other states, residents are generally only informed of cases in their mukim (sub-districts).

“I am grateful to the Penang Health Department and wait for its updates every day.

“I live in Tanjung Bungah and when I see cases near me, I will avoid those streets for about a week,” said retiree Dr CV Chok, 58, who used to be in research and development with a multinational corporation.

“When Jalan Seri Tanjung Pinang was frequently named recently, the number of joggers and walkers I saw there dropped by more than half,” he said, referring to the upper-class, low-density residential area popularly known as Straits Quay.

Jogging individually in one’s neighbourhood is allowed during the lockdown and Dr Lim said it was clear that people around Jalan Seri Tanjung Pinang became even more vigilant on their home turf, which is crucial to curbing the spread of Covid-19.

It was later announced that those cases were isolated within a construction site.

Pulau Tikus resident Loke See Mun, 30, said she felt less fearful after seeing that no streets or apartments near her were named in Penang’s daily Covid-19 updates for many days.

“I only go to places within walking distance to get essentials. When I know my neighbourhood has no cases, at least I won’t feel so paranoid or depressed.

“When there are cases in my neighbourhood, I observe the lockdown even more strictly,” Loke said, adding that she trusts the department’s announcements instead of what her friends share in chat groups.

General practitioner Dr Francis Khoo, however, warned that revealing specific streets or buildings may put a stigma on such localities and make people unduly afraid to go there.

“It is enough that frontliners know such details because it allows them to do contact tracing,” he said.

In Penang and Pahang, the Health Department releases updates on Facebook every day by 6pm. In Melaka, by 8pm.

Pahang and Melaka take it a step further by telling people if the cases recorded in their street or building are due to work or social contact tracing, self-tests, pre-surgery or symptomatic screening, and whether the victims are locals or foreigners or linked to state clusters.

Shah Alam’s Kota Kemuning resident Kenny Ho, 64, said he hopes that such details will be made available in Selangor.

“If there is a robbery in my housing estate, then every household here is told so that we can all be extra vigilant. We hope the authorities will do the same if there are Covid-19 cases here. It’s not good to rely on unofficial info.

“My friend in Penang hasn’t had cases in his neighbourhood for weeks. He showed me pictures of big fresh prawns he bought at a nearby market. In Kota Kemuning, I only dare to go out once every two weeks for bare essentials because I don’t know what the situation is around me,” he said.

However, supplying accurate, extra information to the public daily is laborious for frontliners.

Penang welfare committee chairman Phee Boon Poh said the effort to compile these updates goes beyond the call of duty.

“Then a full analysis is done, and only after the detailed report is accepted will the information be made public,” said Phee, a task force member.

He said this level of care is crucial to countering fake news and inaccurate information about where cases are happening.

Phee praised frontliners who take the trouble to provide extra transparency on Penang’s Covid-19 situation, despite being clearly overworked.

“When a society is well informed, I think it is much easier for people to work with the authorities,” he added. 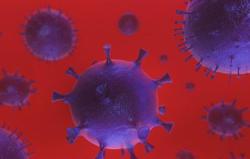