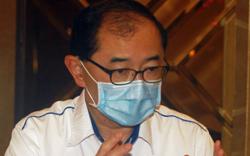 PETALING JAYA: Students should be empowered to develop a variety of skills instead of focusing on their academic ability, says Datuk Dr Mah Hang Soon (pic).

The Deputy Education Minister said that even though the pandemic had caused lessons to be moved online, learning should be about enabling students to expand on different kinds of skills and knowledge.

“Education is not only about academic performance.

“It’s also important to develop the soft and life skills of our children,” he said, citing the concept of multiple intelligences put forward by Harvard University professor Howard Gardner.

Dr Mah said this yesterday when he launched the two activities under the #BeMYHero campaign by GoCare to encourage members of the public to pick up new skills and to express their creativity.

He further highlighted the role that parents played in a child’s education, adding that their role was important, especially when children stayed at home to learn during the pandemic.

On e-learning, he added, although there were many who might find it challenging to have virtual lessons, online learning was the most viable learning method due to the pandemic.

“We recognise the problems faced by students, we know it is not the same as a lesson that is conducted face to face.

“Yet despite the challenging situation, I am pleased that everyone is doing their part to combat the pandemic.

“Despite the difficulties, we can see that online learning has been expedited,” Dr Mah said, pointing out various efforts to help with the transition.

He said that for instance, 150,000 laptops would be delivered by Yayasan Hasanah to students by September this year and his own office had already launched the Easy Learning Web to facilitate e-learning.

The #BeMYHero campaign kicked off “Talk Zone”, an e-learning platform which enables participants to learn new skills and knowledge with classes on subject matters such as music, art, language and programming.

There are about 20 education centres running the classes and the target is to have 100 centres participating in them.

The other activity is “Share Zone 2.0”, a contest where people upload on Instagram their creative artwork along the theme of “Lindung Diri, Lindung Semua” (Protect yourself, Protect others).

Prizes worth a total of RM10,000 are up for grabs, with the competition running until the end of July.

More information about the “Talk Zone” and “Share Zone 2.0” can be found at https://gocare.org.my/GoCare is a crowdfunding initiative by the MCA Crisis Relief Squad to help underprivileged individuals and groups through charity fundraising from the public. 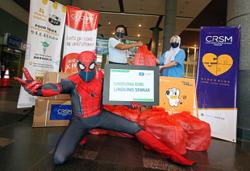