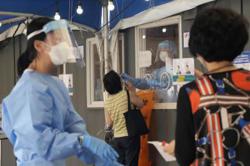 PUTRAJAYA: Malaysia has detected six cases linked to variants of concern (VOC) between June 20 and June 22.

In his daily Covid-19 statement, Health director-general Tan Sri Dr Noor Hisham Abdullah said this brings the number of VOC cases in the country to 173.

Of the six new cases, five are linked to the B.1.351 Beta variant, which was first identified in South Africa.

Two of the cases were in Penang, while three others were in Sabah, Kedah and Perlis.

One case, which was detected in Negri Sembilan, involved the Delta (B.1.617.2) variant from India.

The Alpha variant was first identified in Britain.

There are also 16 cases in the country linked to variants of interest (VOI).