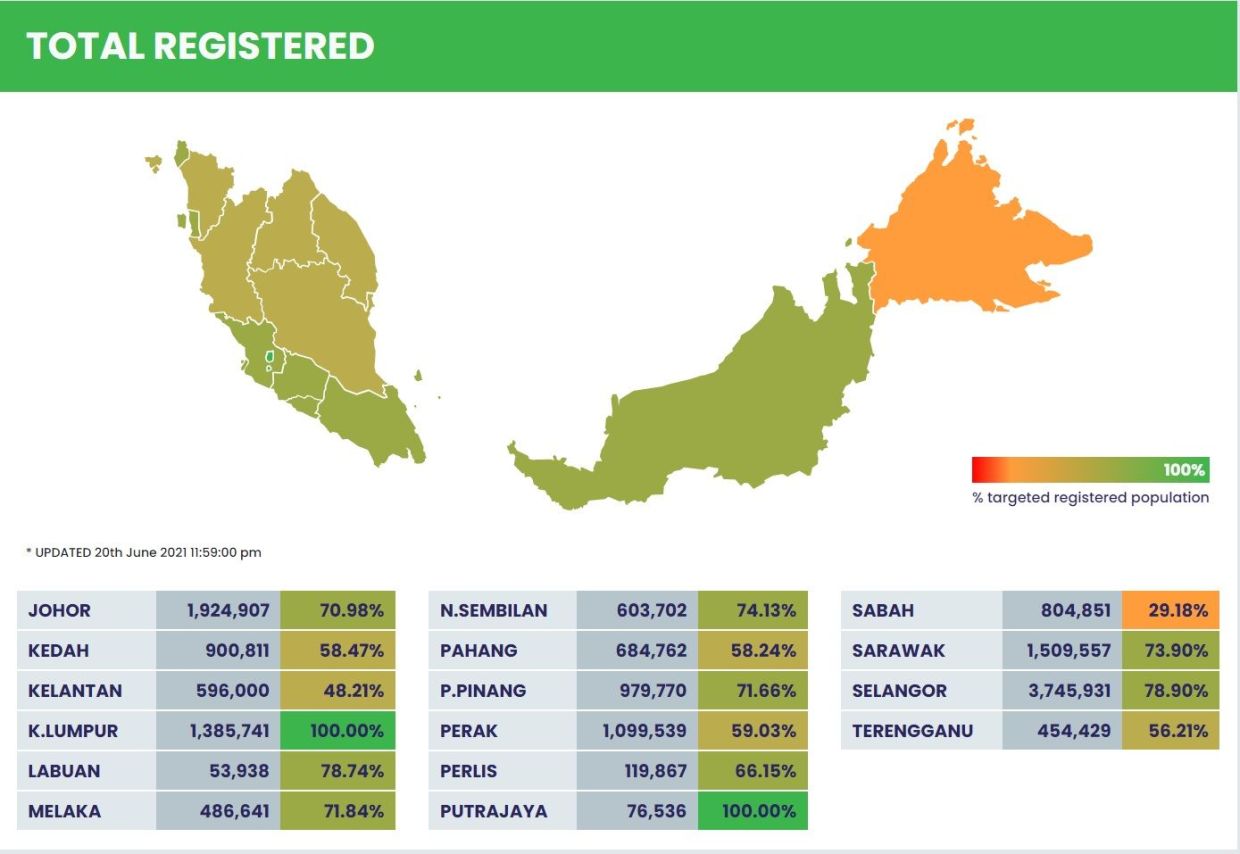 Statistics on the website of the Special Committee For Ensuring Access to Covid-19 Vaccine Supply (JKJAV) show that the two are the first among the country's 13 states and three federal territories to reach 100% registration among their respective target populations aged 18 and above.

In terms of total vaccinations, Kuala Lumpur and Putrajaya were also in the top two among the states and federal territories.

Of the total, 141,094 have received their second jabs and as such have been fully vaccinated.

According to a post on JKJAV's Facebook page, a total of 4,202,601 people or 12.9% of Malaysia's population have been given their first dose so far.