PETALING JAYA: A total of 24 new Covid-19 clusters were identified on Saturday (June 19), including four involving detention centres in Malaysia.

Another cluster was involving a high-risk group in Kedah.

With the 24 new clusters, this brings the total number of active Covid-19 clusters in the country to 824.

Dr Noor Hisham said 72 deaths from Covid-19 were recorded in the past 24 hours, with 64 being Malaysians and eight foreigners.

Selangor topped the list with the most deaths with 23 fatalities, followed by 15 from Kuala Lumpur.

“Seven were from Negri Sembilan, six were from Pahang, while Johor and Sarawak each recorded five deaths,” he said.

Another three deaths were from Labuan, Kelantan and Penang each recorded two deaths, while Sabah, Perak, Melaka and Kedah each had one death. 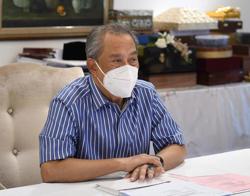