KUALA LUMPUR (Bernama): With the latest lockdown imposed nationwide, traffic has moved from Malaysian roads to cyberspace with Internet traffic recording more than one terabit per second (Tbps) in June 2021.

"With more organisations adopting a work-from-home culture, the exchange is expecting the demand to continue to rise.

"Hence, we have increased the number of nodes to seven throughout Malaysia," he said in a statement on Friday (June 11).

According to him, the nodes are essentially satellite switches located at various sites, thereby enabling members and peering partners to connect to Internet service providers (ISPs) and content distribution networks (CDNs).

“The nodes will ensure improved latency for interconnectivity with other networks, and they will be instrumental in further enhancing the stability and performance of Internet connections, lowering connection costs while minimising traffic ‘bottlenecks’, ” he said.

“We are working closely with some telecommunications operators which have added more ports at MyIX to alleviate traffic congestion, ” he added.

MyIX, an initiative under the Malaysian Communications and Multimedia Commission (MCMC), is Malaysia’s only non-profit national Internet exchange body operated by industry. 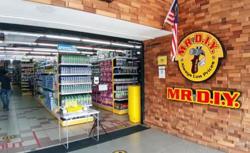