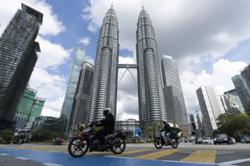 Police personnel checking motorists at a roadblock in Kuching on the fourth day of Sarawak’s movement control order. Only essential services are allowed to operate while the public can go out to get food and daily necessities with a limit of two people per car. — ZULAZHAR SHEBLEE/The Star

PETALING JAYA: On the first day of the total lockdown, the confusion and difficulties in obtaining the necessary approvals to operate left many in a quandary, say business stakeholders.

Federation of Malaysian Manufacturers president Tan Sri Soh Thian Lai said some companies, which are part of the manufacturing sector’s supply chain, encountered difficulties in getting the necessary approval in time to operate yesterday.

“For industries that fall under the manufacturing subsectors approved as essential, the process of getting the approval letter from the International Trade and Industry Ministry (Miti) has been straightforward.

“However, there is some confusion for companies that are part of the supply chain of the essential economic sectors, ” he said when contacted yesterday.

According to him, there was confusion for firms supplying manufacturing-related services such as distribution companies of raw materials or finished goods.

“Under the full movement control order, these companies were initially required to apply for approval from the ministries that regulate their sector, mostly the Domestic Trade and Consumer Affairs Ministry.

“Unfortunately, the lack of a system for other ministries similar to Miti’s Covid-19 Intelligent Management System 3.0 (CIMS) has delayed the process of getting an approval letter to continue operating on the first day of the full MCO.

“Hopefully now, the process of them getting the approval letter from Miti itself will be smooth, ” he said.

SME Association of Malaysia vice-president CS Chin said many SMEs were not open for business yesterday as they did not manage to obtain the necessary permits.

He said the government should have planned the approval process not a day before the lockdown, but a few days earlier.

He noted that the change in the application system to apply for the necessary approvals from the respective ministries to Miti had delayed the process as the system was not able to cater to the large incoming traffic.

“Our government agencies are not talking to each other when they should be. The delay in obtaining the approval letter is very costly for businesses. Each day, such stalled businesses incur millions of ringgit in losses, and SMEs right now are already nearly dying, ” he said.

On May 30, the National Security Council (NSC) announced that industries allowed to operate during the total lockdown would have to get the approvals from their relevant ministries.

However, on May 31, the NSC then decided to allow for the approvals to be obtained via CIMS 3.0, which is under Miti.

Malay Chamber of Commerce Malaysia vice-president Norsyahrin Hamidon said most of its members also had trouble applying for the necessary approvals.

“There must be a standard SOP or manual for businesses. But until now, the SOP keeps changing.

“If they were not ready then, they should have postponed the registration procedure for at least two to three days. Now, businesses are all scrambling, ” he said, adding that businesses need to make prior plans to ensure continuity in a total lockdown.

He also urged the government to extend the moratorium to include not just the B40, but also the M40, as they are equally affected by the total lockdown.

“They should also look into increasing the wage subsidy programme from RM600 to RM1,200, ” Norsyahrin said.

Real Estate and Housing Developers’ Association Malaysia (Rehda) president Datuk Soam Heng Choon said there was some confusion among its members on the right government agency to apply for an operation permit.

“It led to some frustration on Monday night following the announcement, as developers in critical sectors that are allowed to operate were supposed to get approval letters through the CIMS CIDB system.

“But with the latest clarifications by the ministry (Miti), most of our members have settled down and managed to apply for their approval letters successfully through the ministry’s portal, ” he said when contacted.

Although transition comes with teething issues, Soam said such confusion “could have been better managed” through communication.

During the lockdown period, he said construction works were not allowed to operate, except for “critical services” or necessary construction activities that would otherwise pose a hazard or inconvenience to workers, the public and the environment.

Others allowed to operate were those performing pest control at construction sites, railway

Soam said many developer members had been told and were prepared for this lockdown.

“We must also play our roles to make sure the lockdown works, ” he added.

“Besides selling, developers execute construction works through builders, who have to apply for a permit to carry on with works via the ministry’s (Miti) CIMS portal.

“Some are still waiting for a response, ” he said.

Ho noted that the full lockdown had somehow affected the smooth operation of construction works.

“Being a component of the supply chain for construction, developers are not able to carry out supervision or administration work, like certification and making payment.

“Other parties such as consultants and suppliers also become less efficient working from home because of incomplete infrastructure in managing the daily site works, ” he added.

However, Ho lauded the government’s extension of the Home Ownership Campaign (HOC) to

Dec 31 which was announced in Pemerkasa Plus, saying the exemption of property stamp duty for homebuyers could help to boost the housing segment.

“We welcome and are thankful for the HOC extension. HOC has proven to be effective in garnering sales and has increased home ownership, ” he added. 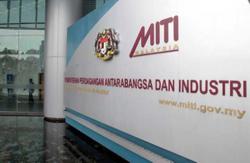