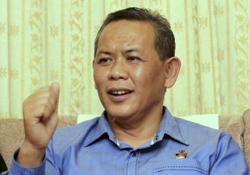 SEREMBAN: The Negri Sembilan government is appealing to congregants to continue adhering strictly to all Covid-19 preventive measures as 33 mosques and surau in the state had to temporarily close since the beginning of the year following the detection of positive cases.

not comply with the SOP such as putting on face masks and bringing their own prayer mats.

As a result, he said, several clusters had emerged in the state.

“When MCO 2.0 was enforced in June last year, the Negri Sembilan government decided to allow mosques and surau to remain open for daily as well as Friday prayers.

“However, the management committees were told that the number

of congregants allowed would be based on the capacity of the

premises and that they would have to practise physical distancing and follow other SOPs.

“So, it is my hope that all will help these committees and strictly adhere to all SOPs as we are facing a very challenging time now, ” he said in a Facebook post.

Aminuddin said mosques and surau must close between seven and 14 days if Covid-19 cases were detected among members of the congregation.

If the congregants were found to have failed to observe the SOP, then the place of worship would be closed for at least seven days.

He thanked the Negri Sembilan Islamic Affairs Department enforcement team and the mosques and surau committees for doing their best to ensure congregants adhered to the SOP.

“Please give them the respect they deserve as they are merely carrying out their duties for the good of all.

“Let us all pray that this pandemic will end, so that we can go to the mosque or surau like we used to do previously, ” he added.