PASIR GUDANG: Some 24.75 tonnes of skimmed milk powder from France have been seized by the Malaysian Quarantine and Inspection Services Department (Maqis) at the Tanjung Pelepas Port here.

State Maqis director Hizzuan Hasim said the goods were detained during checks at the port at about 10.45am on Tuesday (May 18).

"We found that the establishment number on the health certificate declared and on the labels of the milk packaging were confusing.

"The items, worth RM306,931, have been confiscated for further investigation," he said in a statement here on Wednesday (May 19).

He said the act of importing any agricultural produce using a permit, licence, declaration or other documents that are fake, inaccurate or confusing is an offence under Section 13 of the Malaysian Quarantine and Inspection Services Act 2011 (Act 728). 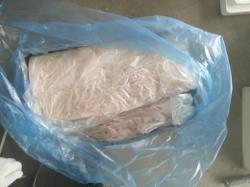