However, the Court of Appeal yesterday reserved judgment until a date yet to be fixed.

“We thank all the parties involved... this hearing was exceptionally long compared to other appeal hearings, ” he said.

“Since there were many important issues raised by both parties, we need some time to deliberate and to deliver our decision.”

The other two judges on the Bench are Datuk Has Zanah Mehat and Datuk Vazeer Alam Mydin Meera. 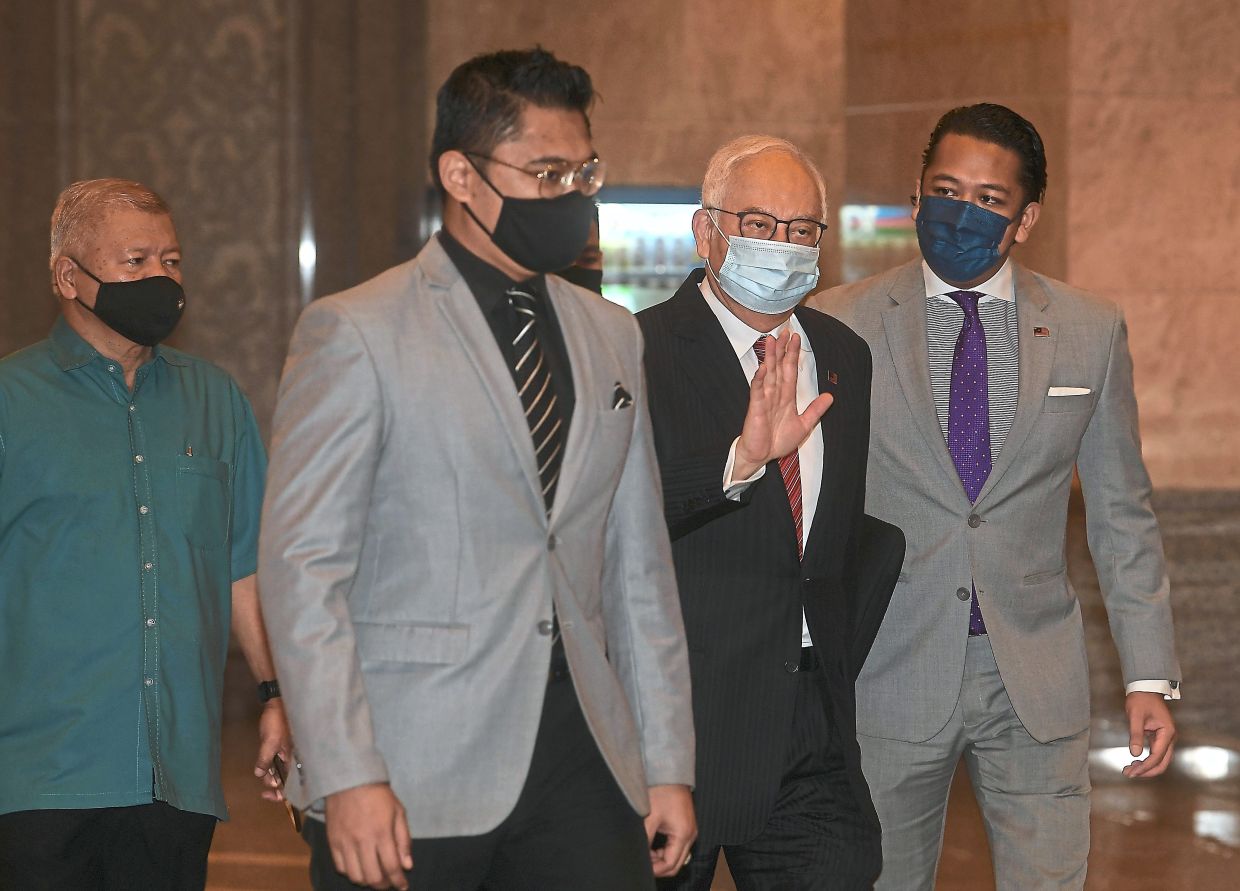 Awaiting his judgement: Najib (second from right) arriving at the Court of Appeal in Putrajaya. — Bernama

Najib is appealing against the Kuala Lumpur High Court’s decision on July 28 last year which sentenced him to 12 years’ jail and a RM210mil fine after finding him guilty on seven charges of criminal breach of trust (CBT), money laundering and abuse of position, involving RM42mil in SRC International funds.

The judge ordered all the jail sentences to run concurrently.

The Pekan MP and former prime minister is currently out on bail of RM2mil in two sureties pending appeal. — Bernama