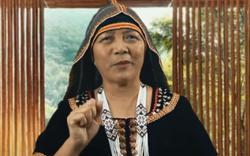 KOTA KINABALU: It is essential to improve ways to protect victims of domestic violence and sexual assault, with cases seemingly on the rise in Sabah, says Kapayan assemblyman Jannie Lasimbang.

She said while the government should play a coordinating role in dealing with this issue and strengthen social protection, the wider society should also acknowledge the negative effects and factors that continue to allow domestic violence and sexual assault, and put an end to it.

She said since the outbreak of Covid-19, emerging reports have shown that all forms of violence against women, particularly domestic violence and sexual assault have intensified.

“However, statistics may not always reveal this, as the biggest reason why domestic violence and sexual assault remain so prevalent today is because of silence, fear of reporting and ignorance of the victim to get support, ” Lasimbang said in a statement Tuesday (May 18).

She said according to the Sabah Police Crime Investigation Department, the highest number of domestic violence from 2018 to 2021 (January - April) was in Kota Kinabalu with 175 cases, followed by Penampang district at 132 cases.

“Domestic violence and sexual assault cases are not subjects to restorative justice. The justice system works differently in every country, but until today, we still see problems with getting justice for those who have been sexually assaulted and domestically abused, ” Lasimbang said.

She said the setting up of the Investigation Division on Sexual Crimes on Women and Children was important to ensure victims are getting justice.

Behaviours in a family or in a relationship that makes others feel controlled and fearful has negative effects, including the feeling of being unsafe and unnurtured, she said.

Witnessing violence at home makes children anxious and fearful and it can affect their behaviours and brain development, Lasimbang added.

“Often family members keep silent about domestic violence and sexual assault, because they are made to believe that they are at fault, are threatened or feel that these are shameful family incidents, ” she said.

“Even survivors can find it difficult to talk about their past due to shame and fear. There are people who take months and even years to process what happened to them, ” she said.

Lasimbang however encouraged survivors to talk about such issues no matter how hard it is, as awareness on such matters need to be raised towards a safer society.