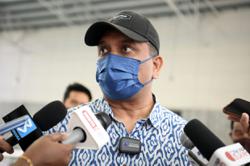 “I am aware that there are those who are trying to connect his (Haziq) passing due to getting the vaccine.

“I and 242 other athletes, including Haziq, had taken the vaccine together, ” the minister said in a Facebook reply on Friday (May 14).

He urged all parties not to make any unreasonable speculation and respect the feelings of the family of the deceased.

He also said the health authorities should be given space to carry out a post-mortem with the ministry making a follow-up announcement.

Meanwhile, the Health Ministry issued a brief statement in its WhatsApp group saying that swab tests carried out on Haziq returned negative for Covid-19.

“The hospital authorities will be conducting a post-mortem between 5.30pm and 6pm.

“The post-mortem will take about two to three hours, ” the ministry said.

Haziq’s remains would be prepared for burial following the post-mortem with prayers held at the hospital before being taken back to his home in Melaka for burial on Saturday (May 15) morning.

Haziq, an Olympian recurve archer who would have turned 28 on July 4, passed away on Friday (May 14) morning at his home in Kajang, Selangor.

Haziq had been with the national archery team for the last 10 years and competed in two Olympics – London 2012 and Rio 2016.

He was a member of the men's recurve team that clinched silver at the 2014 Incheon Asian Games.

It was the first time Malaysia had won an archery medal at the Asian Games stage.

It is understood that Haziq had made a request for special leave to be allowed to celebrate Hari Raya with his wife, who was at home alone in Kajang, on the first day of Hari Raya.