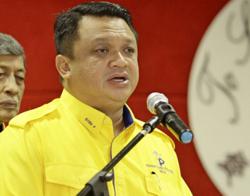 KANGAR: The Perlis Islamic Religious and Malay Customs Council (MAIPs) has instructed all mosques statewide to recite qunut nazilah (a supplication for Allah’s protection from harm) during the five daily obligatory prayers for seven consecutive days, starting from Friday prayers today (May 14).

The Raja Muda of Perlis, Tuanku Syed Faizuddin Putra Jamalullail, in a statement issued by MAIPs, said the order was issued after examining developments in the wake of the incursion and attacks by the Israeli forces and settlers against the Palestinian civilians and worshippers at Al-Aqsa Mosque on May 7.

Tuanku Syed Faizuddin, who is also MAIPs president, said the Israeli incursion and attacks at the third holiest mosque in Islam were cruel and inhumane.

“I call on all the people of Perlis to also pray for the well-being and safety of our brothers and sisters in Palestine, ” he said.

All mosques in Perlis were ordered to recite qunut nazilah during the five daily obligatory prayers on May 11 and 12. – Bernama