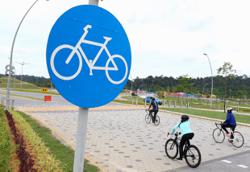 No entry: A motorcyclist riding past Taman Persekutuan Bukit Kiara in Kuala Lumpur, which has been closed under the latest MCO.

PETALING JAYA: Sports and recreation in open spaces that do not involve close physical interactions are allowed effective today, the Youth and Sports Ministry has announced.

The ministry said permitted activities include jogging, cycling and other forms of exercise, but these should be conducted in neighbourhoods or within the same district subject to the current movement control order that is currently being enforced in the area.

The announcement came following concerns and strong reactions from the public regarding standard operating procedure (SOP) imposed on sports and recreational activities during the current MCO period.

One of the nation’s foremost infectious disease experts and member of the World Health Organisation’s Science Council, Prof Datuk Dr Adeeba Kamarulzaman, had called on the government to allow members of the public to take part in outdoor sports.

Contactless activities in open areas must comply with the minimum physical distancing of 1.5m along with the existing SOP for that particular area, said the Youth and Sports Ministry.

“The National Security Council (NSC) met to consider the appeal by the Youth and Sports Ministry to review the decision on the sports and recreational SOP during the MCO from May 7-20, ” it said in a statement yesterday.

Initially, all sports and recreational activities in areas affected by the MCO were not allowed for the next two weeks.

Other aspects for sports and recreation sectors will be fine-tuned in the next NSC technical meeting.

He also called upon sports fans and enthusiasts to continue fitness activities during the MCO period, with safety in mind.

“We have yet to win the fight against Covid-19, and all parties should play a more effective role so the MCO enforcement this time will achieve its target, ” he said.

The government had placed Kuala Lumpur and several localities in Johor, Perak and Terengganu under MCO from May 7-20, following the same order on six districts in Selangor from May 6-17. 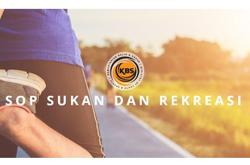