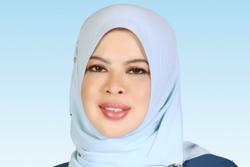 PETALING JAYA: Everyone should do their part to end the physical and mental abuse of women at home, says Datuk Seri Rina Harun.

The Women, Family and Community Development Minister said that 902 domestic violence cases were recorded in the first four months of this year.

“This clearly shows that the issue of domestic violence requires the intervention and cooperation from all parties, ” she said in her speech at the launch of an event to create transit centres for domestic violence victims in mosques here on Tuesday (May 4).

“And based on our Talian Kasih data, a total of 2,540 cases of domestic violence were also recorded between January and December last year, ” she added.

Rina said that economy and livelihood problems were the main reasons behind the domestic violence cases since the implementation of the movement control order last year.

“Many families faced problems as their income and economic livelihood were badly affected.

Their physical movements were restricted and some of them had channelled that anger towards their loved ones and family members, ” she said.

Rina added that her Ministry has collaborated with the Federal Territory Islamic Religious Department (Jawi) to take steps to resolve the issues, including the effort to turn mosques into transit centres for domestic violence victims.

She said that she hoped the two mosques that had been identified as transit centres would give some hope and protection for those who are physically and mentally abused at home.

The Federal Territory Mosque and Masjid Al-Ghufran in Taman Tun Dr Ismail will provide dormitory rooms, basic personal needs, food and drink to the victims housed at the mosques.

She said those who seek refuge at the mosques will be given a kit containing clothing, towels and other basic necessities.

“They will be housed there for about three days before we get a court order.

“Once we receive the green light, they will be transferred to the gazetted protection houses, ” she added. 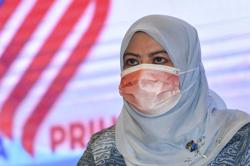 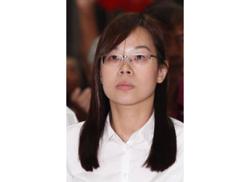