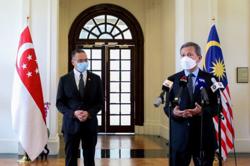 JOHOR BARU: Malaysians and Singaporeans have hailed the move by their governments to allow for compassionate and emergency visits under the Death and Critically Ill Emergency Visits (DCEV) arrangement between the two countries starting May 17.

Mother of three Norshikin Mohd Salleh, 39, described the announcement as good news, especially for those who have families in Johor and the island republic.

Her younger sibling, she said, was currently working in Singapore and they haven’t met each other for more than a year due to the border closure.

“Hopefully, the rules under the new travel method between Singapore and Malaysia will not be that complex but make it easier for people to visit their loved ones who are sickly or to pay their respects to those who have passed away.

“This is a good start to having the border fully reopened, which would allow for daily travel especially for those who have jobs across the Johor Strait, ” she added.

“It is good that both governments are looking at allowing more people to travel between Malaysia and Singapore. This will help people like me visit their parents should there be an emergency, ” he said, adding that his parents were in their 60s.

“My grandmother is staying with my relatives over there but it would be good to see her soon as we do not know when the border will be fully opened, ” he added.

On Sunday, Malaysia and Singapore agreed on the procedures and entry requirements for compassionate and emergency visits between their peoples amid stricter border measures.

In a joint statement, Foreign Minister Datuk Seri Hishammuddin Hussein and his Singapore counterpart Dr Vivian Balakrishnan said the DCEV arrangement will be implemented from May 17.

“This agreement provides a framework to facilitate travel between the two countries for compassionate and emergency reasons, ” they said.

Details of the procedures and entry requirements will be released by the Malaysian Immigration Department and the Immigration and Checkpoints Authority of Singapore.

Johor MCA Covid-19 pandemic task force chief Michael Tay said the move by the two governments was on humanitarian grounds, with many Malaysians and Singaporeans having been affected by the border closure for more than a year now.

“This is the first step towards having the two land borders fully reopened and even with the pandemic still going on, the two governments are finding ways to allow people from both sides to visit their loved ones, ” he said.

Malaysia-Singapore Workers Task Force president Dayalan Sreebalan urged both governments to expedite the procedures and entry requirements for people wanting to travel between the borders under the DCEV.

“We received more than 25 calls per day from Malaysians in Singapore who could not return home to visit their ill relatives or attend funerals due to the high cost of quarantine payment, which is more than S$2,000 (RM6,155).

“For Malaysians who have already been vaccinated in Singapore, do they have to be quarantined once they come back here and also once they return there?” he said, adding that both authorities should make it clear for people wanting to travel under the DCEV. 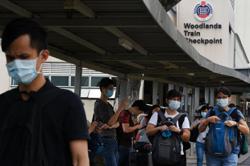