The lawsuit was over the remarks Musa, as the defendant, made during a speech at a forum held Universiti Teknologi Mara (UiTM) on Jan 30, 2020.

Lawyer Mohd Khairul Azam Abdul Aziz, representing Musa, when contacted, said that Judge Datuk Rozana Ali Yusoff struck out the lawsuit after finding the plaintiff (Yeoh) had failed to comply with the court’s orders regarding the filing of certain pre-trial documents.

"The lawsuit was struck out with no order as to costs and with the plaintiff given the liberty to refile the defamation lawsuit, ” he said after the case management held via online (e-Review) before Judge Rozana.

Meanwhile, Yeoh’s counsel, Lim Wei Jiet, said the plaintiff was unable to file some documents because they needed the consent of the defendant's lawyer, adding that although these documents were sent in advance beforehand, there was no consent forthcoming from the defendant.

"The defendant's lawyer in charge had some personal emergency the last few days, which made it even more difficult for consent to be obtained. Unfortunately, the judge did not accept such an explanation and decided the way it did.

"The case was struck out but only on a technicality. We have instructions to file the matter afresh as soon as possible and will still proceed with the defamation case against Musa," he said.

He later told the media that the suit had been filed again today and currently waiting for the court to fix a new case management date.

The Segambut Member of Parliament said Musa’s statements were defamatory and malicious, as they were untrue and premeditated and made in bad faith to tarnish her reputation, and also intended to harm her politically.

The plaintiff also applied to the court to issue an injunction to stop Musa, his officers or agents from saying or publishing the defamatory remarks in addition to claiming compensation in the form of general damages, aggravated damages, exemplary damages as well as costs and relief deemed fit by the court. - Bernama 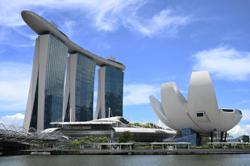