Royal appointment: Sultan Abdullah presenting the instrument of appointment as the 8th Yang Dipertua Negeri of Penang to Ahmad Fuzi in a ceremony at Istana Negara. — Bernama

The appointment takes effect today for a four-year term.

Born in Sungai Bakap, Penang, Ahmad Fuzi, 72, joined the Administrative and Diplomatic Service in 1972, and has served in various capacities at the Foreign Affairs Ministry, including as the secretary-general until 2009.

He also led Malaysia’s senior officials in various bilateral meetings, as well as regional and international summits, and played a prominent role in organising the Non-Aligned Movement Summit (2003), the Organisation of the Islamic Conference Summit (2003), as well as the Asean Summit and Related Summits in Kuala Lumpur (2005). — Bernama 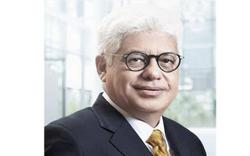