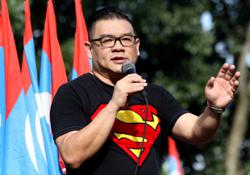 High Court judge Justice Noorin Badaruddin made the dismissal saying that the decision by the Home Minister to ban the book is legal, reasonable and should not be disturbed by the court.

In her ruling, the judge said the contents of the book had raised anger from the public and the minister's decision was rightly exercised as the book's contents have the potential to disrupt public order.

The court also noted that the minister made the decision after considering public feedback and police reports that were lodged over the book.

“This court finds no merit in the judicial review application and dismisses it with RM5,000 in costs, ” she said here on Monday (April 26).

The book was produced by Hew in collaboration with local artist Chong Po Ling and supports the Belt and Road Initiative (or the New Silk Road), talking about the vision behind the initiative and its benefits, narrated by two cat characters, Aisha and Komie.

In a statement on Oct 23,2019, the Home Ministry said the decision to ban the book was made after the publication was found to have content that could "endanger public order and security" and also "distort the mind of the public".

The prohibition order applies to all three languages it was published in - Malay, English and Mandarin.

On Nov 26,2019, Hew filed for leave to initiate a judicial review application to challenge the ban.

He was seeking to quash the Home Minister’s ban and the Attorney General’s Chambers’ (AGC) gazette of the ban order, dated October 23,2019.

On January 6 last year, Hew was granted leave to initiate a judicial review against his comic book ban by the ministry. 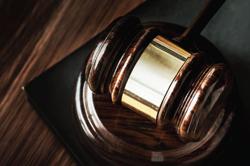