Lending a hand: Volunteers setting up beds donated by the Buddhist Tzu-Chi Merits Society Malaysia and Chinese assocations at a quarantine complex in Kelantan.

Wong Khan Wei, a Tzu Chi volunteer in Kelantan, said they had been providing beds to the state government since early this year as there were not enough beds to treat Covid-19 patients there.

He said for the first batch in January, they sent 130 beds to the Pusat Tarbiah Islamiah Kelantan (Putik) Pengkalan Chepa PKRC.

“The second batch of 60 beds were delivered on April 11 and 12 to the Jubli Perak PKRC Hall.

106 beds for patients and six beds for medical staff to the Panji Youth and Sports Complex, ” he said when contacted yesterday.

Wong added that a Chinese businessman together with 11 Chinese associations also contributed double-decker beds, mattresses and pillows to the complex.

He said the setting up of the beds was not easy as it was done at short notice.

“For the Panji Youth and Sports Complex, we had to send the beds at 10am as the patients were coming in the evening. But thanks to all the volunteers, we were able to instal the beds and put everything in place within three hours, ” he said.

Wong noted that this was not the first time they had helped out during the pandemic as they donated 2,000 personal protective equipment to the state health authorities last year.

“Since Covid-19 cases are increasing, Tzu Chi volunteers are trying to do our part by helping to reduce the burden of the frontliners. We do this with love and compassion.

“We would also like to thank Hospital Raja Perempuan Zainab II deputy director Dr Mohd Azman Yacob and the frontliners for their efforts in handling the Covid-19 cases.

“As Malaysians, we are grateful to have this opportunity to help people during the pandemic, ” he said.

The 11 Chinese associations that also 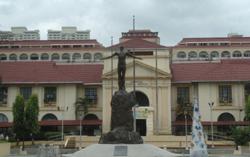 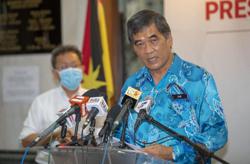