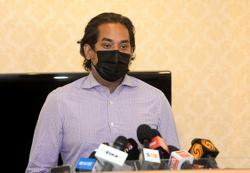 PETALING JAYA: State governments can procure their own Covid-19 vaccines as long as they are approved for use in Malaysia, says Khairy Jamaluddin.

The National Covid-19 Immunisation Programme coordinating minister clarified that he had given “positive responses” to the Selangor and Sarawak governments which had expressed an intention to procure their own supply of vaccines.

“In my discussion with the Selangor Mentri Besar, he mentioned Selangor’s plans to procure vaccines. “I responded positively but until now I have not received any official request from the state government, ” Khairy said in a press statement yesterday.

He added that he had also arranged for several engagement sessions with Sarawak Deputy Chief Minister Datuk Amar Douglas Uggah Embas on the matter.

“He, too, requested for his state government to procure vaccines and I had given a positive response with the condition that the vaccine to be procured must be registered under NPRA (National Pharmaceutical Regulatory Agency).

“This is because the type of vaccine that the Sarawak government wishes to procure is still being evaluated by NPRA, ” he said.

He was responding to Opposition Leader Datuk Seri Anwar Ibrahim’s criticism that both state governments faced delays in obtaining approvals for procuring their own supply of vaccines.

Khairy also responded to Anwar’s statement that to date, fewer than 3% of Malaysians have been vaccinated against Covid-19.

“The immunisation programme is being carried out according to the schedule of vaccine delivery that is given by the manufacturers. This schedule has been announced beforehand.

“I have also explained that according to the government’s projections, our vaccine supplies will accumulate rapidly starting June, ” he added.

In his statement on Tuesday, Anwar said he was “disturbed at the level of inefficiency on the part of ministerial leadership” in regard to the vaccination rates in Malaysia.

The PKR president has demanded that the Federal Government support the efforts of the state governments and private sector to procure the approved vaccines, and also called for an independent investigation under the auspices of Parliament into the causes of procurement bottlenecks.

Vaccine supplies have been steadily arriving in Malaysia since February, especially as Phase Two of the national inoculation programme intensifies.

In May, Malaysia is scheduled to receive another 1,038,960 doses of the Pfizer-BioNTech vaccine and another 500,000 doses of the Sinovac finished product.

By October, Malaysia is expected to have enough vaccine doses to cover 80% of the population, or 27 million people.

So far, the Malaysian government has sealed a deal with Pfizer-BioNTech for a total of 32 million doses of their vaccines to be delivered this year.

Malaysia has also signed deals to secure 6.4 million doses of Sputnik V and a total of 12.8 million doses of AstraZeneca vaccine, though this is pending a decision by the authorities on whether to proceed with the latter. 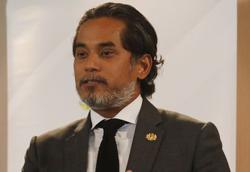 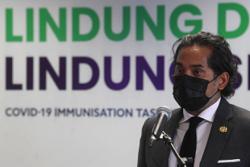