PETALING JAYA: Bukit Aman has confirmed that interstate travel conditions have been tightened.

"Yes, I can confirm that police have tightened the terms to approve interstate travel," he said when contacted on Monday (April 19).

A circular has been making its rounds on WhatsApp claiming the strict terms for approval were imposed on the orders of IGP Tan Sri Abdul Hamid Bador.

"Aside from emergencies, deaths and long distance relationships, all other reasons stated will only be approved for travel between Monday and Thursday, while any journeys planned from Friday to Sunday will not be approved," he said in a statement on Monday.

The circular, said to be effective April 15, also stated that reasons such as weddings, kenduri and other social events would not be considered.

"This arrangement will go on until after Hari Raya Aidilfitri.

"Those who do not comply will face stern action," he said. 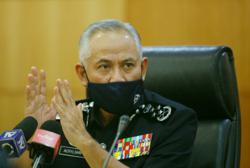