Differently abled: Kow is determined not to let his disability stop him from working and providing for his family, through his quail egg business in Batu Pahat, Johor. — Bernama

BATU PAHAT: Losing his eyesight in an accident 25 years ago has not kept Kow Meng Soon from becoming a successful quail breeder in Kampung Sri Gading here.

Kow said he and his wife Disianti Lee, 30, had been breeding the birds ever since he was catergorised as a person with disabilities (OKU).

“Before this, I worked in Singapore and I was determined to breed quails despite having no experience. I used my savings from my previous jobs for capital. It is better than not having any job.

“I need to work hard, moreover

I have three children between six and 15 who are still schooling, ” he said when met by Bernama.

However, Kow said the Covid-19 pandemic had reduced his income by half in the first 10 months of the movement control order.

“During that time, I had to dispose of almost 10,000 quails besides giving them to friends and neighbours.

“Now after three months of reviving the business, I am happy and grateful that the eggs are still marketable although not as much as before the MCO, ” he said.

Village head Sharuddin Abu Bakar said he was proud of Kow, whom he described as very patient and resilient despite his disability.

“Hopefully, his story will inspire the other villagers, ” he said. —Bernama 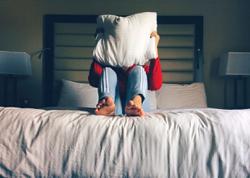