BUTTERWORTH: Electricity to eight business premises was disconnected after their owners were found to have allowed these buildings to be used for operating illegal lottery.

“In a raid by Bukit Aman police at 12 places simultaneously in Butterworth and Mak Mandin, the raiding party also arrested 19 bookies, comprising 12 men and seven women.

“These bookies were caught accepting bets and to avoid their operation from being detected, they moved from place to place, ” he said.

Based on investigations, the owners of these eight premises were aware of the illegal bookmaking and had allowed their place to be used.

“With the help of Tenaga Nasional Bhd, electricity to these premises was disconnected under Section 20 of the Common Gaming Houses Act 1953 to stop the illegal activity from continuing, ” said ACP Noorzainy after the power-cutting exercise yesterday.

All the suspects were remanded under Section 4A(a) of the Common Gaming Houses Act 1953.

“We have identified the syndicate organisers and in the midst of tracking them down.

“Once the suspects are charged and sentenced in court, we will pursue further legal action against the owners for allowing their premises to be used for such illegal activity, ” he added.

Some of the property owners are repeat offenders and electricity to their premises had been disconnected four times in the past. 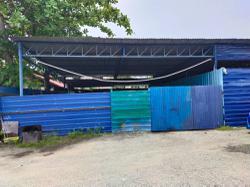