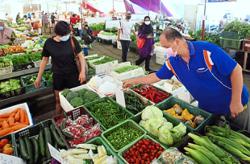 KUALA LUMPUR (Bernama): A food delivery man was killed after he was believed to have been hit by a falling tree branch following heavy rain on Thursday (April 15) afternoon near a petrol station in Alam Damai, Cheras, here.

The rider identified as Syed Izzat Izzudin, 20, died at the scene after suffering head injuries.

Kuala Lumpur Traffic Investigation and Enforcement Department chief ACP Zulkefly Yahya said the incident occurred at about 4pm when the victim was on his way from Jalan Damai Jasa towards Taman Len Seng, here.

He said a fire brigade was called to cut the branch and remove the victim’s body, which was then taken to Hospital Cancelor Tuanku Muhriz, Universiti Kebangsaan Malaysia. The autopsy will be performed on Friday (April 16).

Several areas in the capital were hit by flash floods today, with scores of trees also falling due to heavy rain, which began at about 3.30pm.

According to a spokesman from the Cheras Fire and Rescue Station, areas affected by the fallen trees were Petronas Alam Damai, Taman Len Sen in Cheras; Jalan 4/27A Section 2 in Wangsa Maju; Jalan Pantai Murni in Pantai Dalam; Jalan Sultan Salahuddin in Kampung Padang Merbok; Jalan Melati and the MRR2 Highway in Hulu Klang. - Bernama 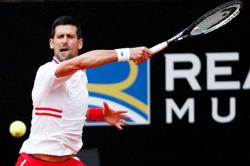