KUALA LUMPUR: The Royal Malaysia Police (PDRM) has requested Interpol’s help via the Blue Notice to locate and arrest businessman Datuk Seri Nicky Liow who is on the run for suspicion of masterminding an organised crime group in the country.

The Blue Notice refers to the request to locate, identify or collect information on a person of interest.

Deputy Inspector-General of Police Datuk Seri Acryl Sani Abdullah Sani said they had yet to receive any feedback from the international agency.

He told a press conference after presenting donations to the next of kin of the late Sarjan Baharuddin Ramli and to Sarjan Norihan Tari as well as PDRM retirees at the Bukit Aman Mosque here yesterday.

Sjn Baharuddin and Sjn Norihan of the General Operations Force were involved in a shooting incident at the Malaysian-Thai border last year. The latter survived. 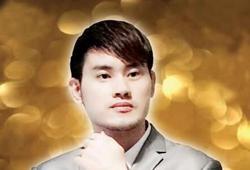