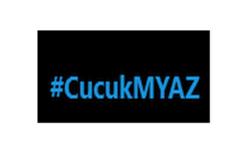 PETALING JAYA: The doubting Thomases out there should at least pay heed to Dr Samsu Ambia Ismail (pic), who took the Covid-19 vaccine despite having natural immunity after his own brush with the virus.

Dr Samsu, who is Teluk Intan Hospital Emergency and Trauma Department head, said: “The thing with natural immunity is that we don’t know how long it will last.

“There is nothing conclusive. Even more so with the new variants of the virus, we don’t know what will happen. Because of this, I chose to take the vaccine.

“At the moment, the vaccine is the only available option with which we can protect ourselves, ” said Dr Samsu, who was infected in March last year.

He said he took the first dose of the vaccine early last month, and only experienced minimal pain on that particular spot on his arm.

After taking the second dose on March 22, he experienced the more common side effects.

“I had fever, muscle pain and a bitter taste when I ate anything. I was also lethargic. But it only lasted for a day.

“The fever that you experience, it is the same effect you would get when you take other vaccines such as the influenza vaccine. You will get post-vaccination fever. This is good, as it shows that the vaccine is working.

“The vaccination process has been a good experience and it is harmless, ” he said.

Dr Samsu encouraged eligible Malaysians to get themselves registered for vaccination.

“We have to get herd immunity. Indirectly, this will protect those who are not eligible to get the vaccine, ” he said.

According to the US Centers for Disease Control and Prevention, the side effects an individual experiences are a “normal sign that the body is building protection”.

It also noted that the side effects after receiving the second shot is usually more intense.

The common side effects are pain, redness and swelling on the arm that received the vaccine; as well as overall tiredness, headache, muscle pain, chills, fever or nausea.

On Feb 24, Malaysia kicked off the National Covid-19 Immunisation Programme with the first phase involving frontliners.

The second phase will begin on April 19 involving the elderly, dis-abled and those with comorbidities.

Malaysia intends to achieve herd immunity by having at least 80% of the adult population vaccinated.

A doctor based at a hospital in Kuala Lumpur who declined to be named urged those who have yet to register for the vaccine to do so quickly.

“The vaccine is given free by the government. We should all take it, ” she said.

She also warned people from spreading misinformation on the vaccine.

“It is all right if you refuse to take the vaccine, but do not spread false information about it. The importance of the vaccine is for herd immunity and if you understand the meaning behind it, you will agree to take it.

“Just as the slogan says ‘kita jaga kita’ (we take care of each other), ” she added.

The doctor also shared her experience completing the second dose on March 30.

“My first dose was fine, I only had a runny nose and soreness of the arm after injection. The second dose was more painful although the soreness was less. I had fever and muscle ache and felt very tired. It only lasted for a few days, ” she said.

Alliance for Safe Community chairman Tan Sri Lee Lam Thye said vaccines in the past succeeded in eradicating diseases such as polio, whatever their side effects.

“By no means are these side effects alarming or life-threatening.

“However, when the concerns are consistent, as in the case of AstraZeneca, it must be noted that Malaysia has not yet used that vaccine, and the assurance has been given that it may be considered only after a complete review is undertaken by the relevant authorities, ” he said.

Lee said the best way to allay fears was to engage, educate and encourage the public, adding that this could be done through constant and consistent messages that were well articulated and disseminated quickly.

The AstraZeneca vaccine recently came under scrutiny due to a possible risk of rare blood clots forming.

In an interview with a radio station, he said that September would be a critical juncture to determine if they would be able to vaccinate 70% of the population by December. 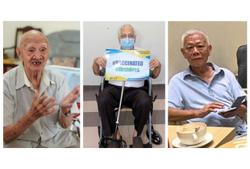 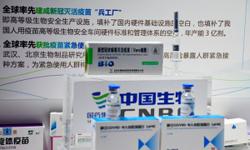