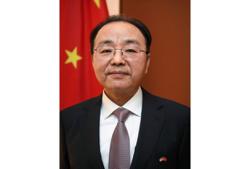 KUALA LUMPUR (Bernama): China regards Malaysia as a trusted partner in development, and the strong friendship built between both nations should be further enhanced, says China's Ambassador to Malaysia Ouyang Yujing.

He said Malaysia and China’s ties are based on a strong foundation, and the close cooperation could be seen in various fields.

"For example, Malaysia is China’s good partner in the Belt and Road Initiative (BRI). According to our statistics, the biggest BRI project in the world is in Malaysia. That is the ECRL (East Coast Rail Link), ” he said during his visit to the Malaysian National News Agency’s (Bernama) headquarters here Thursday (April 8).

He noted that Malaysia also has the best of China, including the Xiamen University, the only campus outside China, situated in Sepang, Selangor.

The ambassador, who arrived at Wisma Bernama with four other embassy representatives, was greeted by Bernama’s chief executive officer Datuk Mokhtar Hussain.

Also at the meeting was Bernama’s editor-in-chief Abdul Rahman Ahmad.

"I feel fortunate to be posted to Malaysia as both countries enjoy deep political trust, close cooperation, and deep affinity for the people from both sides, ” he said.

The Ambassador said Malaysia and the rest of the world are set to benefit from the implementation of China’s 14th Five-Year Plan (2021-2025) for National Economic and Social Development, which was passed during the "Two Sessions’ held last March.

On another note, Ouyang and Bernama’s top officials also discussed the opportunity to collaborate further on exchange of news and journalists, leveraging on the importance of digital media as a catalyst to spur digital economy in both countries. - Bernama 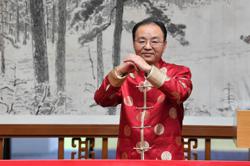