Iskandar Puteri OCPD Asst Comm Dzulkhairi Mukhtar said the suspects, aged between 51 and 77, were arrested during a raid at about 3.15pm on Friday (April 2) in a shop.

"During the raid, the suspects were found gathering around a few tables and were believed to be playing mahjong.

"We have also arrested the person in charge of the shop under Section 6(1) of the Common Gaming Houses Act 1953," he said in a statement on Saturday (April 3).

He said initial investigations showed that the suspects, all locals, did not have criminal records and were jobless. 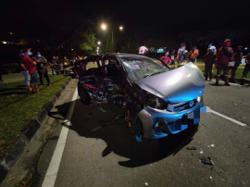