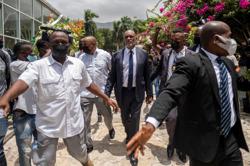 PETALING JAYA: There is no reason to delay implementing Undi18, says MCA Youth.

Its spokesperson Lee Yee Yuan said the Election Commission's announcement on the delay in implementing Undi18, which lowers the minimum voting age to 18, is "unreasonable and ridiculous".

"How can the EC predict when the next general election can be held or whether by then, the nation will still be under the MCO?

"The EC's current task is to update the electoral roll, what does the MCO have to do with this?

"The amendment to enable Undi18 received bipartisan support, hence there is no reason to delay it as Undi18 reflects the sentiments of the majority of the youth," he said at a press conference in Wisma MCA on Friday (March 26).

A special task force, he urged, should be set up to investigate and find out why this voting reform process is facing a delay.

He added the EC chairman should step down if he is not capable of implementing these changes to enable youth to exercise their voting rights.

MCA Youth, he stressed, believes that the youth of the country are the hope of the nation.

"We hope there will be more youth to participate in politics and in the building of the nation," he said.

On July 16,2019, Parliament unanimously passed the amendment to allow automatic voter registration (AVR), lower the voting age to 18, and to make 18 the minimum age for a Malaysian citizen to run for public office.

Last November, Minister in the Prime Minister’s Department Datuk Seri Takiyuddin Hassan said the initiatives were expected to be implemented in July this year.

However, on Thursday (March 25), the EC announced that the lowering of the minimum voting age and the AVR can only be done after Sept 1,2022.

Meanwhile, MCA Youth civil society movement coordination bureau chairman Heng Zhi Li, who is a lawyer, said there should be no reason for the EC to delay lowering the voting age.

He said any further legislative amendments to enable the voting reform can be done via the Executive branch of government, instead of having to go through Parliament again, as these are mostly subsidiary legislation.

"There is however some debate about the Election Offence Act where some academics argue that it is required to be amended (through Parliament).

"In my opinion, it is not necessary. The only section which may require amendment touches on the age of the candidate's election agent.

"We think this amendment can be done later when Parliament has convened," said Heng at the press conference.

Heng added that the issues to implement the AVR can be ironed out by utilising youth's IC information through the National Registration Department (NRD).

"We urge the EC to look into this matter seriously and we urge the government to take initiative to monitor the entire reform," he said.

Constitutional law expert Prof Emeritus Datuk Dr Shad Saleem Faruqi had earlier pointed out that for 18-year-olds to vote in the next general election, and for AVR to take effect, consequential changes must be made to the Election Offences Act, 1954, the Elections (Conduct of Elections) Regulations 1981 and Elections (Registration of Electors) Regulations 2002.