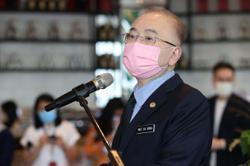 On Nov 8 last year, two Guimbal Cabri G2 (G2CA)-type helicopters - 9M-HCA and 9MHCB - with two occupants each, collided mid-air during a training flight near Taman Melawati, on the outskirts of Kuala Lumpur.

Former Malaysia Airlines Bhd chief executive officer Datuk Ahmad Jauhari Yahya, 66, and his passenger, Tan Chai Eian, 51, survived after their chopper made an emergency landing in a nearby area.

On Jan 1, two men were slightly injured after their light helicopter crashed in a vacant plot of land in the Port Klang Free Trade Zone (PKFZ) in Pulau Indah, Klang.

He said the safety awareness exercise will cover safety management training, hazard identification and safety risk assessment, and factors to be considered in safety management for everyone, including small organisations.

"CAAM wishes to clarify that all helicopter operators in Malaysia are fully inspected and are required to hold valid licences and maintenance certificates to ensure the validity of the pilots' qualification as well as the airworthiness of the helicopters," Voo said in a statement on Thursday (March 25).

In the latest incident, an Airbus H125 helicopter crashed at the Sultan Abdul Aziz Shah Airport in Subang on Wednesday (March 24), injuring two of the five people on board.

The Air Accident Investigation Bureau under the Transport Ministry will investigate the cause of the incident, while CAAM will carry out exercises to ensure that these risks are mitigated to prevent further incidents, he said.

"This careful action is done in the fair execution of Malaysian regulations and most importantly, in the interest of the safety of all,” he added. - Bernama 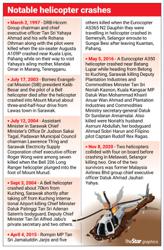 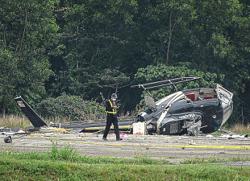