Committed: Reezal says the Youth and Sports Ministry’s programmes are focused on meeting the challenges faced by today’s youth.

PUTRAJAYA: Programmes under the Youth and Sports Ministry are focused on meeting the challenges faced by youths grappling with the extra burden of the Covid-19 pandemic, says its minister.Datuk Seri Reezal Merican Naina Merican said this plan of action was not about politics.

“I assure you that my style (of leadership) is apolitical. Our aim is to see how best we can help our youth be aware of their rights as citizens and find their footing in these trying times, ” the Youth and Sports Minister said.

For one, Reezal has maintained initiatives by his predecessors to benefit youth such as the Malaysia Future Leaders School programme to instil leadership qualities and the Fit Malaysia initiative to promote sports and fitness.

Reezal has his own thrusts, making the income-generating sports industry its new focus and to have more women take up sports activities to inspire healthy and active living.

He said a module on political literacy was being developed by the Leadership Excellence Development Institute (i-Lead) to enlighten youths about their rights as voters and how the country’s system worked, adding that the module did not have any element of partisanship.“What is taught to boost political literacy has to be colour blind to politics.

“The facilitators have been trained to be apolitical and respect the views and desires of our youth, ” he said.

Stating that the score for political socialisation under the National Youth Index was dismal, the minister said this was why there was a need for political literacy to be taught at an early age, especially with the policy to lower the voting age to 18.

On July 16,2019, Parliament unanimously approved automatic voter registration to lower the voting age to 18 and make 18 the minimum age for a Malaysian citizen to run for public office.

Reezal was among the 211 lawmakers who supported the constitutional amendment.

He said while the ministry was a flagbearer for youth to address their concerns on jobs, entrepreneurship, training and upskilling, access to funds and facilities, collaboration with other ministries was also in the works.

“Through it, the ministry has come up with MyBelia, a single landing page which acts as a menu provider for youth to seek opportunities made available to them by the government, ” he added.

Other youth programmes that have kicked off since he took office is MyPreneur, an initiative to boost entrepreneurship and encourage youth to be creators of jobs,

while the National Apprenticeship Scheme allows youth to gain employment experience while waiting to be gainfully employed.

On youth development initiatives, one of the ministry’s main projects is the Malaysian Youth Volunteer Vaccine (MyVac), with youths roped in to assist frontliners in the National Covid-19 Immunisation Programme.

“The takeaway from this initiative is to generate the feeling of volunteerism among youth and for us to come out of the pandemic as a united and cohesive nation, ” said Reezal.

He said emphasis should be placed on the sports industry, adding that its vast potential as a contributor to the national economy had yet to be tapped.

While there are no official figures, it is estimated that the industry contributes at least RM100bil, or about 8%, to the country’s gross domestic product.

“The ministry should not just be a cost centre. It should be one of the country’s leading income contributors. Countries like Qatar and China are banking on sports to generate revenue.

“Malaysia’s strategic location and state-of-the-art facilities should be used as a pull factor to woo sporting events, championships and even training sessions.

“This way, sports can become a strong income generating sector of the economy, ” he said.

Meanwhile, Reezal told Bernama and RTM that the Election Commission (EC) should clarify the latest developments regarding Undi 18 implementation to enable the people to get the correct information on the issue.

He said as an independent entity, the EC should explain the situation because the policy to lower the voting age to 18 was already at the implementation stage.

“The law has been passed and gazetted and amendments to the Constitution has been made to implement voter registration of persons when they turned 18.

“The EC must come forward to explain the work map, process and planning and how it is to be implemented. This is the stage of implementation and it is a long process.

“There must be further amendments, coordination, amendments to the state constitutions, all these must be explained by the EC, ” he said.

He said the Undi 18 issue should be defended and must become a reality because 211 MPs had put aside political ideology to support the cause which led to its approval by the Dewan Rakyat and Dewan Negara.

He was commenting on reports claiming the country was still not ready to allow 18-year-olds to vote although the Dewan Rakyat has passed the Constitution (Amendment) Bill 2019. 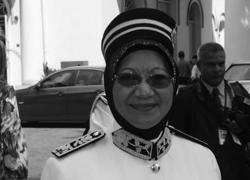