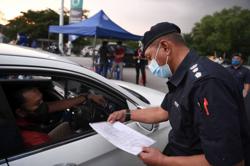 JOHOR BARU: Johor police have issued compound notices amounting to RM1.1mil during a single raid at an entertainment outlet in Muar.

"Due to their failure of practising social distancing, all of them are issued with a RM10,000 compounds each amounting to RM1.1mil," he said, adding that they all tested negative for drugs.

"This is the third time that the premises has been raided for similar offences during the movement control order (MCO) period.

"A letter was issued to the Muar Municipal Council (MPM) to cancel its operating licence," he said during a press conference at the state police headquarters here on Sunday (March 14).

Comm Ayob added that the premises was operating without a licence.

He said that this was the largest amount of compounds issued by the state police since the fine was increased from RM1,000 to RM10,000 beginning March 11.

"They can appeal the amount to the district health officer but the authorities will not go easy on those flouting SOP at entertainment outlets," he added. 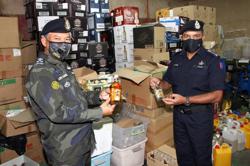