Extra vaccine order will cover half of M’sia

KUALA LUMPUR: Malaysia’s total procurement of 32 million doses of the Pfizer-BioNTech Covid-19 vaccine will be enough to cover half its population, says Science, Technology and Innovation Minister Khairy Jamaluddin.

“(Health Minister) Dr Adham (Baba) should be signing the deal in the next two days, ” he told reporters after his visit yesterday to the Universiti Malaya Medical Centre (UMMC), which is serving as a Vaccination Dispensing Centre.

The next delivery of the Pfizer-BioNTech vaccine is scheduled for tomorrow.

Malaysia received its first shipment of the Pfizer-BioNTech vaccine on Feb 21 to kickstart the first phase of its National Covid-19 Immunisation Programme from Feb 26 until the end of March.

Frozen vials of the vaccine may be stored at temperatures commonly found in pharmaceutical freezers for up to two weeks, according to the US Food and Drug Administration.

On the latest status of the bottle testing for the vaccine developed by Chinese pharmaceutical firm Sinovac, Khairy said the National Pharmaceutical Regulatory Agency required 30 days for stability testing to ensure that it was of the same stability as the finished product in China.

“They want to conduct a stability analysis to make sure that there will be no problem when the vaccine is bottled here.

“If approval is given, we can roll out the Sinovac vaccine by next month, ” he said.

The government, he added, was also expected to announce details of the special protection plan to compensate those who experienced serious side effects from the Covid-19 vaccination next Monday.

Khairy said that in the second phase of the immunisation programme, those identified as high-risk individuals would be able to get vaccinated regardless of their age.

“The second phase will not only be for senior citizens or those with chronic illnesses. Those who are aged below 60 but have been diagnosed with any chronic illness like heart problems or diabetes will be included, ” he said.

The government, he added, was also mulling the possibility of issuing exemption certificates for those unable to get the Covid-19 vaccination due to serious health reasons.

“We are still refining the issue of the vaccine passport, ” he said.

Those who receive the Covid-19 vaccination will get a digital certificate, with the information updated with the World Health Organisation and other countries.

“This is so that it can be used by Malaysians as evidence that they have received their vaccination.

“However, based on the principle of justice or equity, for those who cannot receive the shot – for example, those who are immunocompromised or have severe allergies – we are considering a special exemption certificate.

“I think we have to be fair to those people who cannot take the vaccine, ” he said.

Khairy, who is the Coordinating Minister for the Immunisation Programme, said the government was in the midst of drawing up strategies for the homeless, undocumented migrants and refugees to get vaccinated.

He said a meeting with representatives from Kuala Lumpur City Hall would be held to discuss ways to include homeless people, as well as with non-governmental organisations representing groups like the homeless, refugees and undocumented migrants.

On the issue of queue-jumping, Khairy said they were trying to identify those individuals.

“I was told that it is not their fault. Their names were included. The information was not clear to the Dispensing Vaccination Centre.

“The centre had included it, so it was an oversight, ” he said. 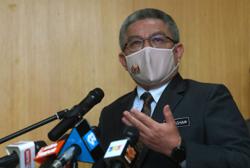 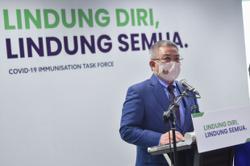