KUCHING: In the run-up to the coming state election, Parti Sarawak Bersatu (PSB) has formed a task force to address issues in urban constituencies.

Its president Datuk Seri Wong Soon Koh (pic) said the task force, to be headed by Batu Lintang assemblyman See Chee How, would identify issues and problems faced by the urban community and propose solutions. 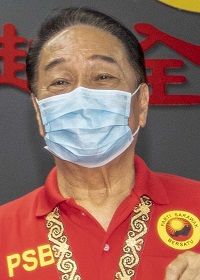 "They will do an in-depth study of these issues and problems and come up with proposals to rectify the shortcomings to bring about a better life for the urban people," he said when launching the southern zone task force at party headquarters here on Tuesday (March 9).

Wong said similar urban task forces would be set up in Sibu for the central region and Miri for the northern region, while another task force would be formed to address rural issues.

With the next state election due in August, he said, PSB was a "viable alternative" for voters, particularly in urban areas.

"Ours is a Sarawak-based party fighting for Sarawakians. PSB will fight hard to restore all rights under the Malaysia Agreement 1963 that have been eroded over the years.

"We will also fight for justice, equality, fair play and progress for all communities," he said.

See said the task force would organise town hall sessions involving professionals and the public to look into issues and resolve them.

He said the sessions would cover a wide range of topics, including education, the economy, development, infrastructure, traffic congestion and local government.

"We will bring up issues and proposals from the task force for the benefit of all in Sarawak," he said, adding that the sessions would be rolled out soon.

Party secretary-general George Lo said the formation of the task force did not mean that PSB was ruling out cooperation with other political parties.

"If there are like-minded parties that share the same ideals and vision that we have for Sarawak, we will not rule out (cooperation).

"The task force just means that we want to look into urban issues that need urgent attention," he said.

PSB, which splintered from Sarawak United People's Party (SUPP) in 2014, has been in the opposition since 2019.

It was previously part of the state government although not a member of the ruling Gabungan Parti Sarawak (GPS) coalition, which comprises Parti Pesaka Bumiputera Bersatu, SUPP, Parti Rakyat Sarawak and the Progressive Democratic Party. 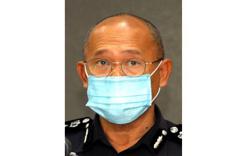