MELAKA: An eatery at Taman Merdeka in Batu Berendam here has been issued a warning against offering customers a chance to touch exotic animals in their premises.

The Wildlife and National Parks Department (Perhilitan) asked the owner of the eatery to ensure the animals are not brought out for petting sessions.

Melaka Perhilitan director Mohd Firdaus Mahmud said he had visited the eatery to check the conditions of the animals and its licencing.

"The owner of the eatery have permits to keep the animals and we also found that the enclosures were in good condition.

"We only issued a warning to the owner not to display certain animals at their premises," he said on Tuesday (March 9).

Mohd Firdaus said permits for flying squirrels like the owner had in his premises comes under the purview of Perhilitan headquarters.

"On our part, we only can advise the owner not to display the animals, as he had the permission to own the animals," he said.

"These are wild animals and shouldn't be displayed to the public," he said.

Norhizam said animals like raccoons are mischievous and could be dangerous.

"They can turn aggressive when they are sexually mature and attack humans.

Norhizam said he would ask the local council to check whether the eatery could display the wild animals.

He said based on the footage in a Facebook post that went viral shows predator and prey species kept together.

"We will support the eatery, as long as it doesn't contravene the business licence issued by the local council as well as Perhilitan permits," he added. 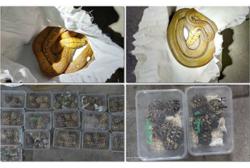 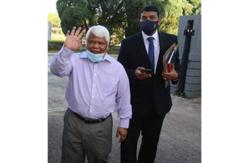