The best from both worlds

Important occasion: Oka standing beside a display of the Hina ornamental dolls at the embassy to mark Hinamatsuri, also called Doll’s Day or Girls’ Day, which is a special day in Japan that’s celebrated on March 3.

KUALA LUMPUR: The Covid-19 pandemic has brought the best out of Japan and Malaysia, with both lending a firm helping hand to each other, says Japan’s chief diplomat here.

He cited the example of how both governments despatched personal protective equipment (PPE) as they fought to contain the coronavirus crisis and protect their frontliners.

“The urgent importation of rubber gloves and PPE from Malaysia played a vital role in protecting Japanese frontliners.

“The Malaysian government also permitted the export of medical equipment and PPE manufactured by Japanese companies in Malaysia.

“It gives me great pleasure to witness Japanese companies contributing to the supply of PPE in Malaysia as well as to the position of Malaysia as a hub in the supply chain of medical equipment,” he said.

Besides battling Covid-19, the Land of the Rising Sun faces the enormous task of getting itself ready for the start of the Tokyo Olympic Games in July.

The Games, originally scheduled for last year, was deferred due to the pandemic.

On the vaccination drive launched in his country on Feb 17, Oka said Japan aimed to secure the necessary amount of vaccines to cover all citizens by the first half of 2021.

“The vaccination programme has already started with high-risk groups, including frontline healthcare workers, the elderly and those with underlying medical conditions.

He said the state of emergency in Japan was partially lifted because the infection status stabilised and was now limited to Tokyo and three neighbouring prefectures.

Oka, who was posted here in October 2019, said even under the state of emergency, the Japanese government had not resorted to strict lockdown measures.

“Instead, the government asked the people to change their behaviour, such as avoiding the 3Cs (close conversation in closed spaces and crowded places), in addition to strictly keeping to daily habits such as washing hands and wearing masks,” he explained.

Additionally, the envoy said as specific measures against infection under the state of emergency, the Japanese were asked to refrain from going out unless necessary and businesses were asked to shorten employees’ working hours at the office by promoting work from home.

He said it was not until Feb 13 that the law was amended to enable penalties of up to 200,000 yen (RM7,520) be imposed on restaurant operators for violating the order of shortening opening hours.

On the coming Olympic Games which Japan is hosting for the second time after Tokyo 1964, Oka said three host towns, including his birthplace of Ehime prefecture, would welcome Malaysian athletes.

“We look forward to supporting them to be fully prepared for the Games. My heartfelt wish is for all the Malaysian athletes, including the promising badminton players, to achieve great success at the Tokyo Games,” Oka added.

So far, 14 Malaysian athletes have qualified for the Tokyo Games which is scheduled to open on July 23.

The Japanese capital will be the first city in Asia to host the Summer Olympics for a second time. 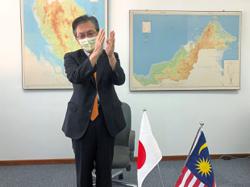 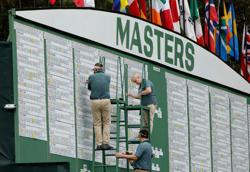