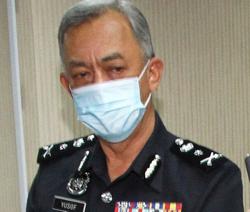 JOHOR BARU: Several peat soil areas in four districts statewide have been burnt during fires due to the hot and dry weather.

"Court actions will also be taken against those committing open burnings at industrial, construction and farming areas while compounds will be given to those causing smaller open burnings.

"We will also ensure that any form of burnings conducted is in line with the conditions set by the Environmental Quality (Declared Activities) (Open Burning) Order 2003," he said in a statement here on Sunday (March 7).

He added that local authorities responsible for landfills as well as landowners of farms have also been urged to give their fullest cooperation to monitor the areas under their jurisdiction.

"We will also be activating awareness campaigns through local radio to remind the public not to take part in activities that could contribute to the further deterioration of the air quality.

"We will also be using community surveillance empowerment methods to monitor open burning activities," he said.

He also said the state government is working closely with other agencies such as the Mineral and Geoscience Department and the Drainage and Irrigation Department to take the necessary precautionary measures as well as to check on the infrastructure at peat soil areas.

Vidyananthan also reminded the public that conducting open burning is an offence under Section 29(A) of the Environmental Quality Act 1974. If convicted, those responsible or owner of the land could receive fines of up to RM500,000 or a maximum of five years’ jail or both.

A maximum of RM2,000 compound could also be issued for each offence. 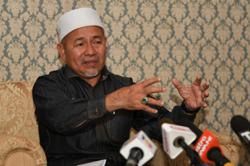