In a statement issued on Friday (March 5), Barisan said Thursday's press release that the coalition would appeal to the King for a Parliament sitting as soon as possible should not have been issued as it did not get the approval of the Barisan supreme council.

"With reference to the media statement by the Barisan chairman dated March 4, Zahid has stated that the confusion over the statement was due to the oversight of an officer of the Barisan secretariat.

"In line with the order, an internal investigation committee has been formed to discuss the release of the statement which did not get the approval, which was also not accurate as discussed and agreed at the Barisan supreme council meeting.

"After listening to the views of the internal investigation committee members, I have suspended the Barisan chief media officer for a month, effective immediately. This will enable a thorough investigation," said Mohd Sahfri.

On Thursday (March 4), a statement was issued quoting Zahid, as Barisan chairman, that the coalition will appeal to the Yang di-Pertuan Agong to order a Parliament sitting to be held as soon as possible for lawmakers to debate several crucial matters.

His statement, was however, refuted by fellow party presidents from MCA, Datuk Seri Dr Wee Ka Siong as well as MIC's Tan Sri M. Vignewswaran, who said that there was never a consensus made by Barisan parties during the meeting to make an appeal to the King.

On Feb 25, Comptroller of the Royal Household of Istana Negara Datuk Ahmad Fadil Shamsuddin said the King's view was that Parliament could be convened on a date deemed appropriate by His Majesty, upon the advice of the Prime Minister. 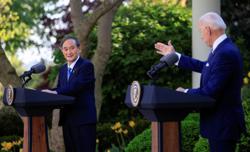