BALIK PULAU: The 43-year-old babysitter, who is in custody over ongoing investigations into the death of a toddler, will be remanded until March 7.

Balik Pulau OCPD Supt A. Anbalagan said the woman will be held for four days to assist investigations into the drowning of the toddler during bath time.

The one year and five-month-old girl died at 2am on Wednesday (March 3) at the Penang Hospital after being rushed there unconscious the day before (March 2).

Based on the post-mortem carried out by forensic specialist at the Penang Hospital, Supt Anbalagan said the cause of death was stomach perforation with disseminated intravascular coagulation secondary to blunt trauma.

"There was a tear in the abdominal organ which caused bleeding and clotting of blood.

"This forensic team is of the opinion that there was no criminal element that caused the internal injuries.

"There were no suspicious injuries on the body of the toddler," he added.

Supt Anbalagan said the injury was possibly sustained when the babysitter tried to perform CPR on the victim who was submerged underwater during bath time.

He said that preliminary investigation found that the nanny had filled a basin almost to the brim when she wanted to bathe the child at around 11am on Tuesday.

“She forgot to get a towel so she went out to get one, which was apparently just 10 steps away from the bathroom.

“When she returned to the bathroom, the babysitter saw the girl’s head in the water and almost half her body was submerged while her feet were outside the basin, ” Supt Anbalagan said.

He said the babysitter immediately removed the girl from the basin and found that she was conscious.

After getting her dressed, she put the child to bed.

“About 30 minutes later, she found the toddler in a weakened state. She called for an ambulance and at the same time tried to perform CPR on the girl.

The child was sent from Batu Maung to the Penang Hospital.

“She was in critical condition and under specialist care at around 4pm on Tuesday.

"The case is being investigated under Section 31 (1) (a) of the Children Act 2001 for negligence leading to harm," he said. 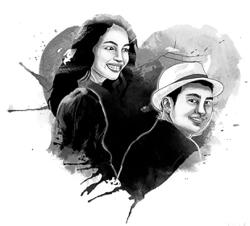